On the run …from the silent, invisible foe - EMF Off!

On the run …from the silent, invisible foe 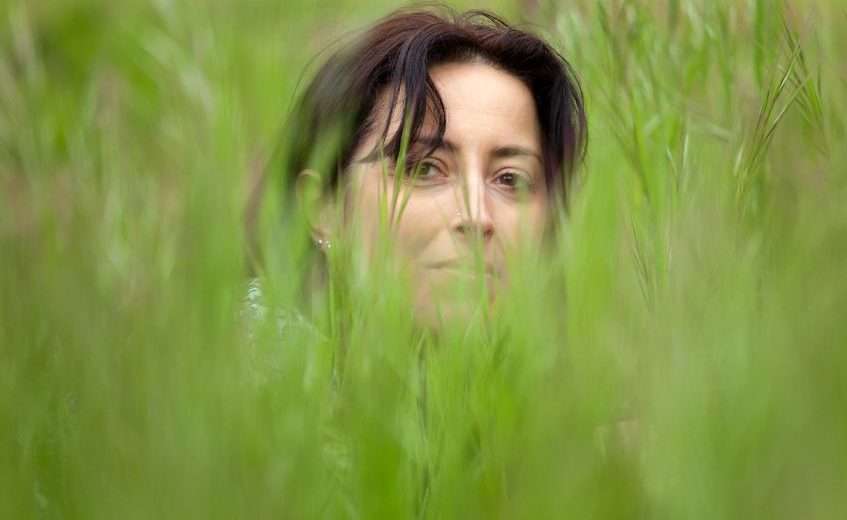 I’m on the run—a fugitive, darting furtively from one safe house to another. When I dare to go out, I cover my face and as much of my body as I possibly can. I’ve become invisible, silent and stealthy. I haven’t been seen out in public for a long time. Think about it: when was the last time you saw me out there, in person, openly socialising? Exactly. See what I mean?

I’m trying not to let it get to me, trying not to get paranoid and start imagining things that aren’t really there, on top of what I know is there. Who am I fleeing? No one. What crime have I committed? None. Yet I’m on the run from the biggest, stealthiest, most insidious take-over of all time. And I’m all alone. The corporate giants hold all the cards and the government won’t help. They know I’ve figured out what’s really going on, but they don’t want anyone else to know. There is nowhere safe for me to go and no safe way for me to get there.

Sometimes, when I’m dehydrated and desperate for some human contact, I slink into a café for a drink. But then my heart starts to pound, my whole body breaks into a sweat, my head throbs, I feel dizzy and I get the shakes—not milk shakes, just plain old body shakes. People are looking at me and reaching for their phones …and suddenly everyone feels like a threat. It’s as if they’ve all become part of some unspoken conspiracy and there’s no one I can trust. I’ve barely drunk my fizzy water but I have to leave.

This has been going on for a while—over two years—and I’m running out of stamina and safe places to hide. It’s taken a toll on my health, aging and debilitating me. My nervous system is in perpetual ‘fight or flight’ mode, and I’m unable to relax, rest or be at peace. I’ve hardly any friends left, and I can’t remember the last time I went to a restaurant, the movies or a dinner party. I’m a recluse and a social pariah, and I doubt that more than a handful of people will miss me if I disappear.

I’ve tried fighting back, but the enemy is slippery, skillful and beyond my reach. It’s protected and sanctioned by the powers that be, and I’m just a little person—someone they can easily quash. I’m taking legal action, but even the courts are in the pockets of these predators, and their legal ‘experts’ have been won over with misinformation and political spin.

There are others like me, but we’re widely dispersed, so it’s hard to muster a force strong enough to make an impact. Plus, like me, they’re tired of fighting for what’s right. I can see why some of them decided to take their own lives. I’ve considered it—not because I feel suicidal, but because it feels as if there’s nowhere left for me to go. I feel cornered, surrounded, stuck in a cycle of diminishing returns.

Yet I refuse to be a victim and I won’t go down without a darn good fight. In fact, I’ll fight and not go down. I know I’m being challenged to find a powerful solution. I’m smart, creative and good with words, and I’ve done some interesting stuff in my life—for WWF International and the United Nations in Switzerland. I’ve published books, been on TV and radio, been featured in local and national newspapers, and have helped others find their own powerful voice. I’ve written about the deeper truth of what it means to be human. But the truth is not enough, it seems, and I’m running out of time.

If anyone reads this, what will they think? That I’ve lost my marbles? That I’m some kind of conspiracy nut with an axe to grind against the establishment?

You can look me up, if you’re curious. It’s so wonderfully easy to do that, these days. Just touch-and-type and all the information in the universe is at your fingertips. But when you reach for your iphone, think of me. When you’re in the elevator with half a dozen other people with their heads down, when you’re pressed against other intently texting bodies on the bus, or when you’re e-mailing while walking down the street—think of me being on the run …from the 20-foot aura of radiation coming from your phone, extending all around you, instantly penetrating cement, metal, plastic, clothing, cars, skin, muscles, tissue and bone, damaging red blood cells within minutes, causing cellular leakage of calcium, killing neurons, inhibiting your brain, reducing your libido, affecting your memory, disrupting your sleep cycles, and slowly chipping away at your health without you ever feeling a thing.

And you probably won’t feel a thing, until the damage is done (and even then you’ll blame it on everything but your phone). I was just like you—loving my electronic gadgets and blissfully oblivious to their effects …until I got a brain tumour. But I sure am feeling it now.

So, think of me when you’re on your phone, and remember that you’re just like me—with the same red blood cells, the same nervous system and all the other bodily bits that react exactly as they’re meant to, when exposed to electromagnetic radiation. If I can get a brain tumour, so can you. It may be hard to accept, but death doesn’t just happen to other people, while you’re busy texting.

I’m leaving, now—heading off to a teepee in the forest so my body can reconnect with the earth and (hopefully) bounce back. Like so many others reacting to all this radiation, I’m being forced to disconnect. But if you’re committed to non-stop wireless living, you’re already disconnected—from the deeper truth about the damaging effects, from your body’s subtle messages, and from the changes already taking place inside you, masquerading as fatigue, stress, ADD, insomnia or other seemingly ‘normal’ ailments—as well as the far more disturbing neurological conditions, autism, dementia and infertility that are now affecting so many people. You simply haven’t yet connected the dots.

I have special radiation-shielding fabrics to protect me when I go out. But the only reason I need to cover up is because of the corporate cover-up. You’re not getting the facts. And the cell phone companies and Internet service-providers are not your buddies. Intent on keeping you addicted to your gadgets (and too engrossed to connect any of those dots), they will happily collude with you in your denial of the dangers.

But the body—that delicate electrical system that can’t be upgraded or replaced with the latest technology? The body never lies.

Looking for a safe place: the journey continues
Begin again—how to become your own hero