United we fall: rolling out the 5 Gs of digital dystopia - EMF Off!

United we fall: rolling out the 5 Gs of digital dystopia 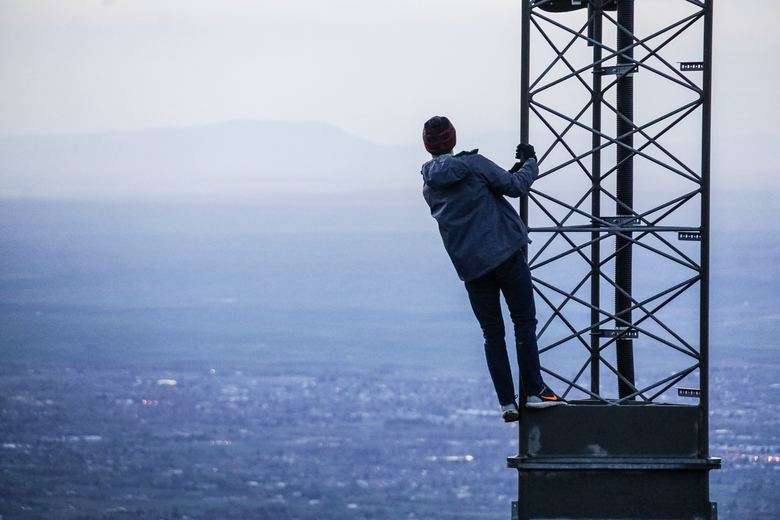 Once upon a time, when people were still in touch with their hearts, a huge organization was established for the good of the world. It was called Universal Nurturing (UN) and it was designed to help people come together in love and understanding.

It reached out to all nations around the globe and got them talking to each other. It set up centres in various large cities and brought together different cultures, languages and personalities to create greater understanding and to find solutions to arguments and conflicts.

Some nations were stronger than others and had more of a say. Others were small and weak, and were quickly downtrodden or given inferior foodstuffs and medicines to keep them quiet.

But the talks continued. Nations gathered to discuss matters in French, English, Spanish, Chinese, Swahili, Double-Dutch and many other languages. They became very good at these discussions and found they could talk for hours without saying very much at all.

They began to produce books and leaflets promoting dialogue between nations, impressing leaders with their words and reaching out to ordinary people to show them they had not been forgotten.

The talks progressed, with the nations becoming ever more skillful in their dialogue, making speeches at vast international gatherings, and spending large sums of money on accommodation, logistics, meals and entertainment so that they could speak ever more eloquently about the matters of the world. Their debates became sophisticated, with each nation now capable of discussing a global issue without ever finding a solution or without ever considering a real human being in the equation. Words had power and the UN used them wisely.

Finally, after many decades of refinement, nations arrived at a point where their citizens could earn huge salaries by simply sitting at their desks and playing with words. Thousands of civil servants churned out words that had been carefully assessed, toned down, neutralized and stripped of all potential emotion, inspiration and passion. These words were admired by all within the system, for they were so cleverly composed that they
offended no one, touched nobody’s heart, and kept the harsh realities of the world safely out of sight.

As a result, the various nations became so united in their expression and so removed from their emotions that it was decided to change the name of the organization. Instead of Universal Nurturing, it became known as Universal Numbness, and the organization prided itself in having mastered the art of doing without being, saying without seeing, and promoting without feeling.

But then a few people began to feel empty. They saw that there were problems in their nation and that these problems were much worse than the UN said they were. They tried to be heard, writing words about the truth and how shocking it was. But the denial was denied and the dissenters skillfully decried. The UN said it could not be responsible for the truth. It could only reproduce the words received from the various nations’ spokespersons about their plights. It could not be expected to know the truth or how to fix things. It was, after all, most skilled in the trafficking of words, and it had invested vast resources in artful discourse, without getting involved in human feelings. In fact, it had become extremely good at traffic calming—using words the way speed bumps were used on roads to slow people down.

The UN said it could not be expected to know the truth or how to fix things ...or to get involved in human feelings.

And, so, with a few exceptions, Universal Numbness had its way, soothing nations with its words, and generating a sense of security by consensus. Buffering nations from the truth, the UN was pleased with the safe, neutral tone of this name, reflected in the peaceful automatism of its employees, the continuing flow of ‘uninciting’ words that they produced, and the passiveness of the people.

Then it hit another bad patch. Nations weren’t feeling the love and they started to withhold their funding. They felt more like Unrequited Nations, with little love between them and a worldwide dose of political constipation. Things backed up. Dues weren’t paid and nations began to feel a bit resentful, taking it out on each other, squabbling over resources and not being very nice at all.

But then the wireless industry sprang up and brought them all together. The love was gone but the funding flowed again. Diplomats came in the front door while the money came in the back. Once again on the same financial track, the nations united in favour of this soundly economic approach, where money soothed the pain away and made it all better. They didn’t feel united, but the revenues ignited their political aspirations, and the collective constipation quickly turned to digital dysentery. Things were really moving.

Suddenly, the world was lit up with the LEDs of understanding [LED = leveraging everyone’s data] and the 5 Gs of digital co-dependence:

Everyone was connected. No one was left out. Everyone could feed the machine. The love was long gone but the money flowed like never before. The brave new world filled up with data-driven devices that distracted and entertained, making up for all the empty hearts and souls. So what if there were casualties along the way. Nations were united again—all telling the same story, all reaping the rewards, and all working together for their own greater good.

This was true leadership. Instead of merely promoting humanity (as per its original limited vision), allowing humans to evolve, willy-nilly, led by their unpredictable hearts, searching spirits and creative urges, the UN masterminded a much grander plan. Working with great industry, it assumed control for all of humanity—directing, monitoring and controlling it so nothing could go wrong …even incidentally inhibiting (through global irradiation) humans’ access to their own higher consciousness, which could have thrown them horribly off course, down a very different path.

It had achieved the seemingly impossible—virtually connecting all things and all persons, while disconnecting every single one of them from their deeper selves. What a phenomenal service to humanity—saving people from all that emotional and spiritual angst! And all they had to do was surrender! They could indulge their base needs, connecting virtually whenever, wherever and for however long they wanted. Could it have been made any easier for them?

Gobsmacked by its brilliance and accidental altruism, the UN felt compelled to once more change its name. It needed to reflect the purity of its plan—the expunging from collective consciousness of any religious, spiritual, moral or ethical self-reflection that might muddy the agenda of economic prosperity and technological transcendence. And, so, Universal Nihilism was born, ushering in the global take-over—the name to end all names and an impossible act to follow.

From Universal Nurturing to Universal Nihilism, the UN had come a long way. Despite some petty resistance from the populace, it was, said the United Nihilists, the greatest cosmic coup of all time—after which, they agreed, with great jubilation, the Earth would never be the same again.

From Universal Nurturing to Universal Nihilism, the UN had come a long way.