Looking for a safe place: the journey continues - EMF Off!

Looking for a safe place: the journey continues 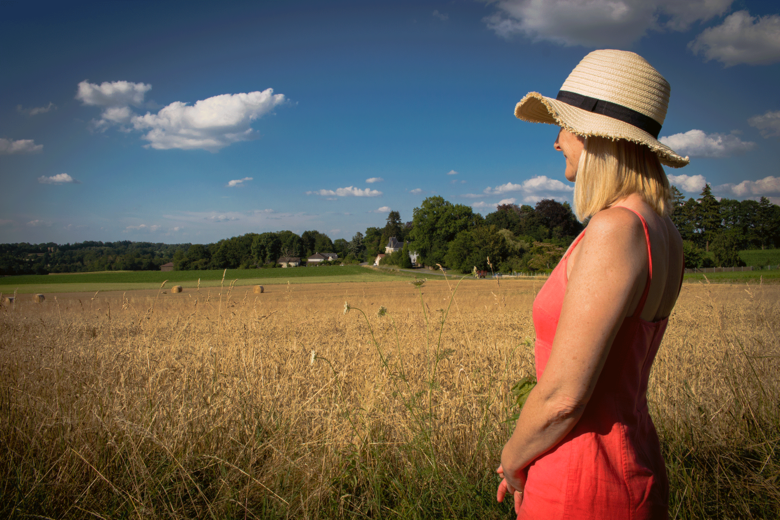 Several people have asked me how my life has changed since doing the neural reprogramming work I describe in my book (EMF off!) and I’d like to respond.

When I compare my life now to what it was just a few years ago, I would say that everything has changed—friends, health, environment, finances, clients, contacts, outlook, values, focus and even the country in which I live.

In May 2018, Lewis and I moved from Canada to France. Having researched the situation regarding electromagnetic radiation in France, I knew that there was some awareness of the biological impact: WiFi had been banned in kindergarten, for example, and cell phones had been banned in all schools. So I was ​disheartened to discover​ massive cell towers throughout the countryside—perched on top of sweeping vineyards (a tragedy in itself), in the middle of tiny rural villages (une folie) and, most disturbingly of all, just 100m from the small cottage we rented (and vetted) online before coming here. This was the closest I had ever lived to a cell tower—and it was at least 3km too close. It was so close, in fact, and so huge, that we were in the shadow of its signal. Had we been slightly further away, we would have received the full blast of its considerable output. A small blessing, considering that going for a walk through the village or into the neighbouring countryside would quickly put us within its range.

Initially, this felt like a huge blow …and it seemed ironic, having left behind the wide-open spaces of rural British Columbia in Canada, where cell towers were largely concentrated in urban areas. Yet France had somehow beckoned. We loved the rolling countryside, the quaint villages, the old stone houses and converted barns, the culture, the food, the language, the characteristic shrugs, the je ne sais quoi, the coastline and the people. (Please note that I did not include the bureaucracy.) Life in France was good. Yet here I was with a cell tower in my face. I knew I was being challenged to go deeper with the work and transform my situation.

The timing was also interesting, as I had just resumed my online work with clients, several of whom were electro-sensitive. This was also a blessing as my work involved exploring the dynamics and practical steps required to transform negative mental/emotional patterns, boost the immune system, generate an upgrade in circumstances and create a healthier environment. Having done the work myself and having worked with many others over the years, I know that we can change our reality when we change our minds and eliminate old neural pathways born out of fear, illness or negative experiences. I was telling others what I most needed to remember myself, which is what relationships are all about ...if we walk the talk. When we share the journey, we can remind each other of our phenomenal capacity for creative transformation. We are all teachers and students, helping others by helping ourselves, and vice versa.

​​We can change our reality when we ​eliminate old neural pathways born out of fear, illness or negative experiences.
Click to Tweet

From the frying pan into the fire…?

Yet my EMF situation seemed to be getting worse instead of better, and I briefly questioned the wisdom of leaving Canada. Working with others, however, brought me back to the deeper truth of how things really work. When we choose to move forward with our lives, the universe kicks into gear, orchestrating the perfect scenarios for triggering any residual issues or fears and pushing us towards a deeper truth. ​Whatever is in the way of us being more emotionally whole and having a better life will come to the surface to be addressed. So it was no accident that I was being challenged. I knew that something better was trying to emerge—and very soon would.

Despite the challenges, and thanks to the work, I am feeling healthier and stronger than before. ​Also, electrical wiring in French dwellings is much better than in Canada, and this has eliminated some of my EMF-related symptoms. Plus, many of the older houses have stone walls three feet thick, which offers some protection from the ambient man-made radiation. Enjoying the warm sunshine, friendly villagers, beautiful vistas and lots of nature around us also nourishes body and soul (especially after almost five months of snow, ​wellies and woollies during the harsh Canadian winter).

​We are being challenged​ to become enlightened, proactive and empowered in the way we live our lives.

But I am also stronger in myself and I am determined to never again let fear run my life. Having initially succumbed to defeat and vulnerability in the face of the seemingly inescapable radiation, I am once again taking charge of me and living as consciously as possible, adjusting my behaviour, my reactions and my projections …all of which have a very real impact on my reality. It is a lifelong endeavour, since there will always be formative challenges—in the form of EMFs or something else. Since the pervasive radiation is arguably the greatest challenge we have ever faced on our planet, we are being challenged, like never before, to become enlightened, proactive and empowered in the way we live our lives.

​If you haven’t already read EMF off!, take a look. ​You’ll see how I arrived at this point and what you can do to boost your resilience and upgrade your life. [BUY HERE. Y​ou ​can also buy copies in bulk, ​at greatly reduced rates. ​​CONTACT ME.] ​need help​ with relationships, health issues, electro-sensitivity or other challenges?

​I offer free introductory 20-minute consultations. ​Click below to get yours!

Conscious focus: how to supercharge your best life
Begin again—how to become your own hero
On the run …from the silent, invisible foe

Tell me​ three things that you’d like to ​address, and we’ll talk.